The City of Bellingham, Washington (population 82,000) has been working to revitalize their urban core for nearly 20 years. With much attention focused on cleaning up a downtown park (Maritime Heritage Park) that has held home to years of urban blight, illegal drug use and safety concerns (otherwise categorized as abnormal behaviour), the City of Bellingham Parks & Recreation Department turned to the The Downtown Bellingham Partnership for support.  An organization dedicated to turning creative solutions in urban success stories, The Partnership worked to organize a five week urban kickball revolution known as Throwback Thursdays.

Kickball, an American past time playground game, brought out over 60 players and industry professionals to the park each week to rival in the throwback glory of their childhood. During the Spring League, these players were joined by additional fans, skeptics, case workers, colleagues, news reporters and supporting businesses to learn how urban revival can also be fun.  The greatest success was tribute to all the amazing families (and children!) that turned out to support every game.

Big tasks like this need big support and The Partnership collaborated with the Provibers to help engage players, participants, families and fans all while officiating the final Spring League Tournament.  Over 150 people came out for the final game, as to what is likely noted as one of Bellingham’s most inclusive and anticipated urban sporting events of the year.  The success of the Provibers support during Throwback Thursdays has helped to drive more families and new patrons to Maritime Heritage Park.  In addition, a Summer League has been announced to start August 27, 2015!  Details can be found here.

Tackling urban renewal isn’t an easy undertaking, though it can be fun and successful when you bring in just the right Vibe. 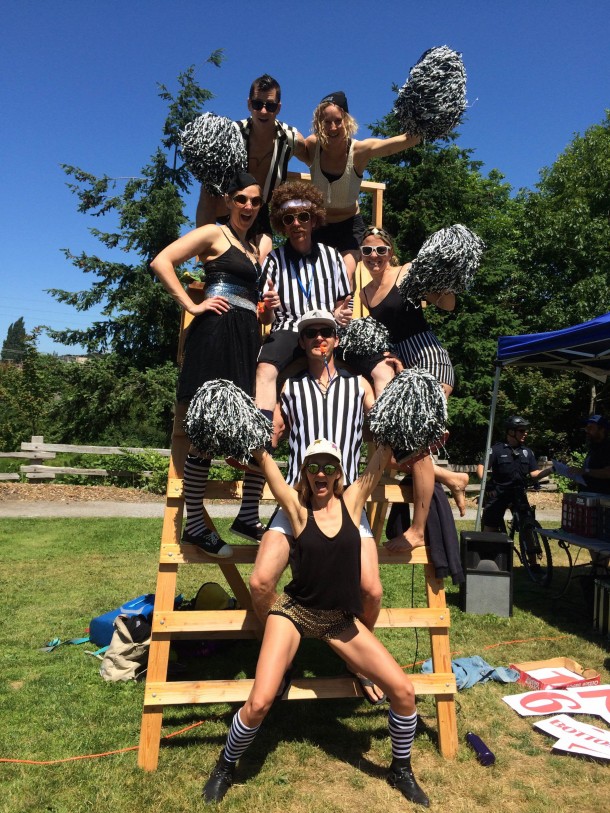